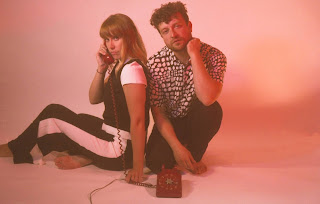 Favours are made up of Jacq Andrade and Alex Zen. They released their first LP, Made to Wait, in 2020. It was recorded at Candle Recording Studios in Toronto. Their song “Stowaway” was featured on Netflix and CBC Gem.

Recently, Favours joined forces with Jacq’s brother, Mark Andrade and built a home recording studio in a former halfway house in Mimico. Throughout the pandemic, Favours tracked a ton of music in their home studio. Their EP, Left Behind, will be released in 2021 and it features a fresh dreampop, new-wave sound inspired by their shared love of the DIY post-punk feel of Robert Rental.

The band collaborated with a strong team for this upcoming EP. They enlisted the talents of Broken Social Scene’s Brendan Canning who plays bass on the EP, the engineering chops of Tallies’ Dylan Franklin who engineered the drums and bass, and the mixing prowess of Alexandre Bonenfont. 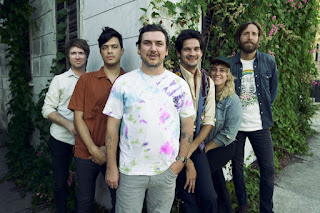 Susto will return with Time in the Sun on October 29th via New West Records. The 11-song set was produced and engineered by Wolfgang Zimmerman (Band of Horses) in the band’s hometown of Charleston, South Carolina. Time in the Sun follows their critically acclaimed 2019 studio album Ever Since I Lost My Mind which Paste raved was “a resounding triumph.”

The joy of birth, the closure of death, the warmth of true friendship, and the future rotate on the axis of the band’s New West Records debut. Frontman Justin Osborne distills this ebb and flow into songs underpinned by lyrical eloquence, unpredictable dynamics, and a thoroughly alive rock and roll spirit.

Prior to entering the studio, Osborne became a father and midway through recording, lost his own father to cancer. Osborne says, “Because I had begun writing when I found out I was going to be a dad, these events were the biggest inspirations for the record. It felt like I was in between the beginning and end of life. Up until my own father passed away, I felt like it was an album about new life and becoming a parent. His passing shifted the narrative towards the cyclical nature of life, death, and new births.” 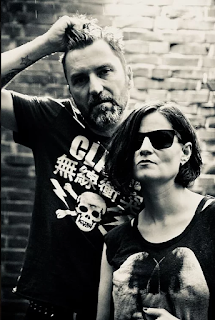 Shortly after Seasurfer’s acclaimed third album “Zombies” has also been released on vinyl in addition to the earlier CD edition, the Hamburg-based dream pop duo comes up with a new version of the song “Drifting”. The track turned out to be one of the fan’s favourites on the record, so Dirk Knight and Apolonia decided to produce an alternate mix.

However, the song still captivates due to the rich atmosphere and the dark elegance of the floating synth sounds which reveal a blissful 80s feeling. This applies all the more so for the “Extended Single Mix” – almost 12 minutes long and probably one of the most impressing reworks in the band’s history.

Dirk Knight explains: "For me “Drifting” is the song with the coolest bass of the whole album “Zombies”. For the first time I recorded all the basses by myself and learned to love playing this instrument. Basses are extremely important to us and determine the harmonies and melodies, similar to how Simon Gallup (The Cure), Peter Hook (Joy Division, New Order) and Simon Raymonde (Cocteau Twins) are doing it. For the single and the extended mix we let the drums run straight through to make the song even more mesmerizing.