Infused with lean basslines, crunchy drums, and rapid-fire high-end jabs, Dime Algo EP aims for peak times and is an excellent addition to the current tech-house revival. With a higher BPM, the EP features jerky drums cutting through layers of static kick drums, while floaty vocals rise and fall in the background. 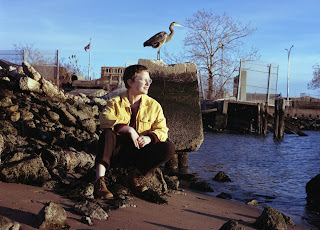 On Friday Deer Scout will release her debut LP Woodpecker on Carpark Records. Songwriter Dena Miller began writing songs under the Deer Scout name in her Philadelphia dorm room as a college freshman, before the project grew as she began popping up on DIY shows around New York and Philly, sharing stages with people like Waxahatchee, Joanna Sternberg, Gobbin Jr, Told Slant and Yowler while periodically putting out singles on Bandcamp and cassette.

Six years on from those first singles her debut LP has proved worth the wait, with the pre-release tracks earning praise from places like NPR's All Songs Considered, Stereogum, NYLON, BrooklynVegan,  FADER, and a host of others. Now Miller is sharing a final single from Woodpecker, a track called "Synesthesia."

"'Synesthesia' is about associative memory and inexplicable connections between sounds, places, and experiences," Miller explains. "It was written on the train ride home from a show that absolutely captivated me and jogged a bunch of memories. It’s about different points in my life that share the same undercurrent for no clear reason."

Woodpecker is a record about memory and the subconscious. And like an unforgettable dream that keeps you puzzling over its riddles for days, it’s as packed with direct symbols as it is with ruminative haze. “I approach songwriting as a process of boxing things up, or putting away a time capsule,” Miller, who wrote the album over a period of six years. It’s a culminating collection of the project’s many sounds and influences to date, from Philly’s punk cooperatives to Oberlin’s conservatory experimentalism to New York’s DIY history. At the center is Miller’s assured guitar fingerpicking and boldly clear voice, firmly grounded even as it gently probes uncertain emotional and musical terrain. 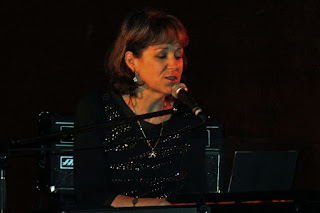 Laurie Biagini - Do What You Gotta Do.

Today we share our third taster from Laurie Biagini's forth coming album and once again it's a catchy addictive track full of good vibes. To recap Laurie is a songwriter-singer from Vancouver, British Columbia Canada, whose music would appeal to fans of 1960’s California sunshine pop.  Her sound and compositions have been compared to The Beach Boys, The Mamas and the Papas, Carol King, The Carpenters, and Jackie DeShannon. Her main influences include these artists along with The Beatles, The Byrds, The Monkees, The Turtles, and Jan & Dean.

Laurie has played piano by ear since age five, alongside ten years of classical piano training. She only started writing music in August 2006, after writing her first song which came to her with music and lyrics simultaneously one afternoon as she was commuting home from work. Since then, she has completed and released four albums.

Almost all of Laurie’s songs have been written, composed, performed and recorded by herself, with the exception of a few songs from her third and fourth albums which featured guest vocals, guitar tracks and lyrics.