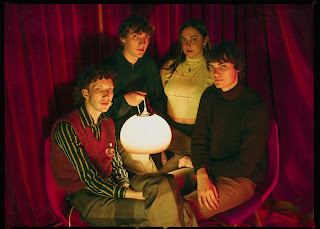 East London based five-piece Roscoe Roscoe have released a dreamy new single “Secret Underwater Love,” out now on Slow Dance Records / Missing Piece Records. The track comes off the back of the success from the band’s first two singles, the “ferociously alive” (NME) “Brain Retrieve,” and the “brilliantly psychedelic summer romp,” (Under The Radar) “Jacob’s Ladder.”

“‘Secret Underwater Love’ is one of our oldest songs,” states frontman Charlie Read Clarke. “I wrote and recorded the first demo when I was about 15, long before I'd even met half of the band and since then I think there have been at least 3 different recorded studio versions until this one. It has a special, weird place in my heart that both floods me with equal parts nostalgia and cringe. Despite being the least mature of all our songs, it felt worth releasing after all these years, as our sound feels like it is forever changing. The track was recorded at Famous Times Studios in Hackney with my Dad.”

The band met at The Brit School (following in the footsteps of Black Midi, who also formed there) and came together through a shared love of 60s counterculture and psychedelia. Rather than sheerly revivalist, however, their music comes from being part of a generation who have been able to take non-specific and widely drawn sources via the infinite bank of the internet. Other influences the band have cited include avant-pop groups Stereolab and Broadcast, along with evident echoes of Wand, Tame Impala, and Crumb in their music as well.

In 2019, they played a BBC televised performance at Glastonbury despite having no released music. Their charged, inventive live performance was also invited to The Southbank Centre for Nile Rogers’ Meltdown Festival within just a few months of their formation and in 2021, they closed the Rising stage at Green Man Festival.

Sondre Lerche released Avatars of Love, his most ambitious work to date, via PLZ / InGrooves. The 14 song double album features contributions from AURORA, CHAI, Felicia Douglass (Dirty Projectors), Mary Lattimore, Rodrigo Alarcon, and Ana Müller. Also released today is the official video for the album’s closing single “Alone In The Night” (feat. AURORA).” On April 30, Lerche will embark on his first US tour in more than 5 years. The tour will make stops in Seattle Los Angeles, New York, Chicago and more.

Lerche explains: “‘Alone In The Night’ was the first recording I did for the Avatars of Love album. It put everything in motion, and surprised me greatly. I heard AURORA's voice singing it in my mind one day when I was out running in the sun. So I asked her if she'd sing it with me. It felt extra special, because I had just returned home to Bergen after 15 years of living in the US. And she was one of the first to greet me there. It's a song about what happens to our bodies and souls when we fall in love, and then again through the passage of time, when we age and die. It's ultimately about our memories and dementia. How frail we really are, and how heartless the process of aging can be to lovers."

This morning, the album was highlighted as one of the best albums of the week on NPR’s New Music Friday podcast, with NPR Music’s Cyrena Touros calling it, “A journey start to finish… I feel like I could spend six months just listening to this one album and I could find so much to mine and explore." In their four star review, American Songwriter said, “An impressive accomplishment, Avatars of Love probes the depths of desire to extraordinary effect." Recently, Lerche released the official video for the album’s 10+ minute long centerpiece “Avatars of Love,” which was praised by FLOOD Magazine and Stereogum, and was named one of the best songs of the week by BrooklynVegan and Under The Radar.

“This is without a doubt the biggest, boldest, most complex thing I’ve ever done,” explains Lerche about the new album. “At the same time, it was also the easiest, most natural, and most liberating. As an artist, it’s the kind of project you always dream about.” 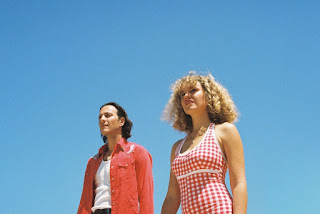 Australian alt-indie duo Geowulf returns with a new song “Drown.” The song is the perfect track to kick back and reflect on good love, even if it’s not the right kind of love.  The track also comes with an official video with stunning images of a late-night drive into the unknown.

Speaking about the song, Star explained “Drown was another song Toma and I finished in lockdown over Skype and as difficult as that was I think this song is pretty special because in a way this song is about love (or a form of it) and how when you can fall in love it can be magical but not always right. This song is about finding a new space to exist in love or friendship after the breakdown of a relationship.”

Of the video, Star added “This video was filmed at the first time Toma and I had seen each other in two years due to covid and lockdowns. We wanted to channel a pop noir  “Natural Born Killers” vibe and had such a great director in Tim Heinrich and his sidekick Jordan Kaye. It’s moodier vibe for us and we’re all about it.”