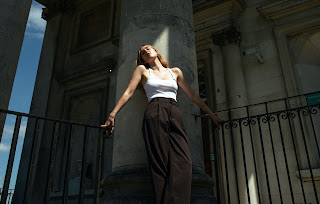 London singer/songwriter Ella Walker aka WILDES has released her new single "(Run to the) Flames", the latest taste of upcoming debut album 'Other Words Fail Me'. The new album was produced by St Francis Hotel (Michael Kiwanuka, Greentea Peng, Little Simz) and will be released on 13th January 2023 via AWAL.

While Walker’s gaze is set firmly on what is in front of her, there is still room to acknowledge where the she has come from. “(Run to the) Flames” was written in 2019, the only track brought forward to the album from that period of time. “It was a time where I felt really useless, musically,” she explains. “I was really without direction. I had a strong connection with it emotionally: it was all about running into the flames when you’re in a really dark, sad place, and deciding that you’re going to change.”

This elegiac song honours the ‘old’ WILDES sound of grand, sweeping endings, but stays true to the artist she is now with new sonic inflections. She sings: “I’ll only dream of the woman I could’ve been”, as she stands on the edge of a future where that woman is within her reach.

WILDES' music sonically falls somewhere in a Bermuda Triangle of Angel Olsen, St Vincent and Mazzy Star, embedded within an entrancing skeleton of folk songwriting, all the while lifting the listener up on a storm cloud of cinematic electronics and her sharp, honest lyricism.

Citing the influence of PJ Harvey, Patti Smith and SASAMI on her new album, WILDES notes - "They are unapologetically honest women and musicians. They gave me permission to come out of the box I'd been cowering in." 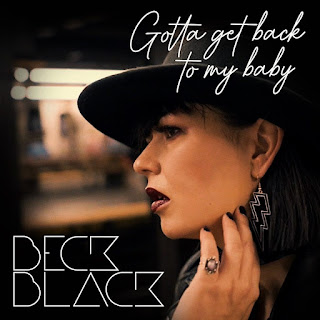 Beck Black - Gotta Get Back To My Baby.

“Beck Black” the brand, is a Hollywood based band formed in 2014. One of her most note worthy releases, is a collaboration with Beatles’ drummer, Ringo Starr, for the song "Who's Gonna Save Rock N Roll" in 2020!

In addition to Rock n Roll, she is releasing a new solo project entitled “Electric Cowgirl” recorded in Nashville, TN and in Queens, New York City. After the release of “Don’t Call Me Darlin”, Beck Black ventured further into her Blues/Country roots as a native of the Cape Fear River region of North Carolina.

Besides making music, she has appeared in numerous independent films and TV shows as a SAG/AFTRA actress. The new single release “Gotta Get Back To My Baby” is accompanied with a video filmed in NYC directed by Ms. Black.