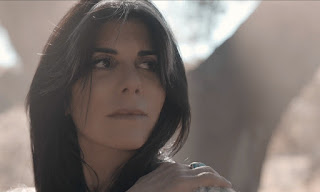 Lauren Monroe - Sparrow. Lauren Monroe - singer, songwriter, and healing artist - announces a September tour in support of Messages from Aphrodite with the premiere of a new video, “Sparrow.” This is the latest offering from the upcoming album, due out September 9th, which Monroe co-produced with the legendary Jim Scott.  Monroe, a New York-born, California-based polymath, conducts parallel careers as a gifted singer-songwriter and a renowned mental-health advocate. She approaches these intertwined roles with equal passion, her nuanced understanding of human behavior informing her music, which she sees as “a heart-based experience” that is “not just about listening—it’s about feeling and connecting.” She draws on her deep well of accrued knowledge in her songs, which she delivers in a luminous alto that resonates with empathy. Her experiential lyrics, emotionally authentic and free of pretense, are embedded in vibrant folk-rock settings, immediate in their impact and timeless in their
Post a Comment
Read more 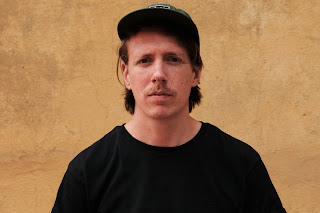 A. Johanson - Fragments. Today A. Johanson releases his single 'Fragments'. After 'Parade' and 'Your Eyes' it is the third track from his debut album 'Who Are We Fooling'. Fragments' is a true dark indie song, reaching straight for the heart. "It’s about how your life can feel as if it is broken into pieces when things are not lining up" says A. Johanson. The song pulsates through all these emotions with haunting vocals, building up to a carefully arranged moving string section. If he could, he would take you on a road trip through the Scandinavian nature while listening to his music. Slowly evolving roots music in the car, a little folk song by the fireplace in a wooden hut, soaked in melancholy. That's what A. Johanson sounds like, an indie folk artist from Utrecht, the Netherlands. Whether it's just him and his guitar, or a soundscape where you can dream away. After releasing his self-produced, recorded and mixed debut EP 'L
Post a Comment
Read more 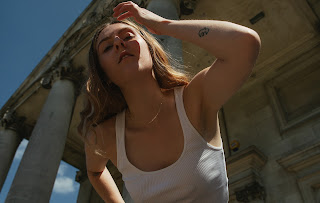 WILDES - Far and Wide. WILDES just announced her debut album 'Other Words Fail Me' will be released on 7th October via AWAL. Produced by St Francis Hotel (Michael Kiwanuka, Little Simz) the album will feature previously released tracks "Lightly" and "Woman In Love" and this weeks newly released single "Far and Wide". The solo project of London-based singer/songwriter Ella Walker, WILDES' music sonically falls somewhere in a Bermuda Triangle of Angel Olsen, St Vincent and Mazzy Star, embedded within an entrancing skeleton of folk songwriting, all the while lifting the listener up on a storm cloud of cinematic electronics and her sharp, honest lyricism. Citing the influence of PJ Harvey, Patti Smith and SASAMI on her new album, WILDES notes - "They are unapologetically honest women and musicians. They gave me permission to come out of the box I'd been cowering in." New single "Far and Wide" is released today alongside a ne
Post a Comment
Read more Gaby Condulețz - Reality Hits. The song is about the specific moment when you realize how much reality can hurt you when your expectations are shattered. The melody tries to physically show the pain inside somebody's chest when reality hits. And sometimes, reality hits hard. Gaby is an easy name to remember & she tell us - I'm 18 and I tend to write songs whenever I have a deep feeling that I want to fix in my memory like a picture or when I'm tired of crying to myself while eating ice cream. Writing and singing for me is the cure, a therapy, something I physically feel in my chest. Produced by Ricky Ferranti at Fuzzo Studio, Mastering by Jacopo Camagni at Monkey Studio. ============================================================================ Jesca Hoop - Sioux Falls. Last month Jesca Hoop announced her sixth album, Order of Romance, the follow up to her 2019 LP Stonechild, an album that earned high praise from outlets like Pitchfork, NPR, The Guardian and The New
Post a Comment
Read more 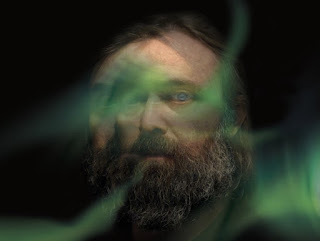 C.Ross - Wrong Side Of The Sky. “Skull Creator” is the new solo record by Canadian singer/guitarist C.Ross, better known as Chad Ross, who currently fronts Toronto psych rockers Comet Control (Teepee Records). The new record features eight genre-stradling songs of americana tinged folk-rock, while hinting at Ross’s fuzzy psych-rock past. Recorded, produced and mixed by Joshua Wells (Lightning Dust, Destroyer, Black Mountain) at the Balloon Factory in Vancouver, British Columbia (home studio of Dan Bejar of Destroyer), the new album “Skull Creator” was written at first as a solo acoustic project.  When Destroyer’s Joshua Wells joined in on both drums and keys, Isaiah Mitchell (Earthless, Golden Void, the Black Crowes) on guitar, and Aaron Goldstein on pedal steel, the project morphed into a sweet psych-folk adventure.  Speaking of the hauntingly powerful album, Ross states: “I had it in my head that I was gonna make an acoustic record, with the sole purpose of making fun of myself, ref
Post a Comment
Read more

Nervous Twitch - Forgive Yourself. Leeds UK indierock trio Nervous Twitch debut new single "Forgive Yourself" and announce upcoming new album 'Some People Never Change' on Reckless Yes Records. It's pretty hard to put into words but I'm gonna try, but seriously I'm way excited to be working and bringing this new album by Nervous Twitch on the awesome UK label Reckless Yes to your attention. I've been following Reckless Yes for a few years and have become a big fan of not only their roster but also the way they do business and how they treat others and create a solid inclusive community, so working with them is a big honor.  This new album by Nervous Twitch is like a guide to UK and US indiepop and indierock with nods to Mambo Taxi, Huggy Bear, Modern Lovers, Television Personalities, the Pixies, Sleeper, Ash, Lovely Eggs, Dressy Bessy, and even a bit of Swearin'. I could go on and on, but I say just check out the first single "Forgive Yoursel
Post a Comment
Read more
More posts