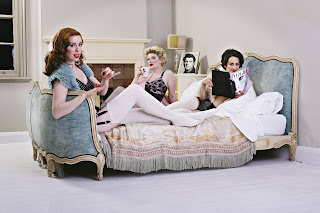 A second helping of 'Whats Up Doc' this month, exclusively for The Puppini Sisters . OK I am a little late as their second album was released in February, and yes, they have received considerable attention in the UK media, however just in case you have missed them, here's an unashamed plug from the Beehive! The Puppini Sisters led the British retro wave in 2006 with their 1940’s-influenced blend of pop with swing, a gorgeous sense of glamour, and fun. Their debut record, Betcha Bottom Dollar , was the fastest selling jazz debut in Britain on its release, also debuting at number 2 on the US jazz charts and in the Top 10 of Billboard’s Heatseekers chart. In that vein, their second album The Rise & Fall Of Ruby Woo is a collection of highly original songs written by the trio, including “I Can’t Believe I’m Not A Millionaire” and “Jilted,” as well as extraordinary covers of tunes by artists ranging from Barry Manilow to BeyoncÈ. The Puppinis’ trademark watertight harm
2 comments
Read more

Elvis Costello and The Attractions - Live In The USA - 1978 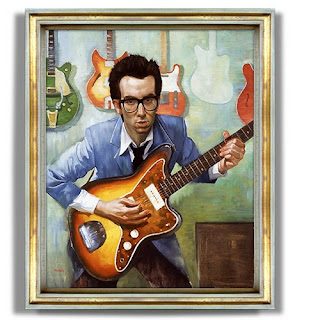 Declan Patrick MacManus aka Elvis Costello was one of a good number of energetic performers on the London 'pub' circuit in the mid 1970's. He was linked to the 'punk' scene and perhaps more fittingly to the development of 'new wave' music. This recording is from his first USA tour in 1978, with material from his 1977 debut (My Aim Is True), and his then forthcoming new album 'This Years Model'. The frenetic energy of Elvis Costello and The Attractions is recaptured in full on this recording. Performing live at The Warner Theater, Washington DC, USA on the 28th February 1978, the concert was broadcast on WHFS-FM. Set List is: 1.Pump it up. 2.Waiting for the end of the world. 3.No action. 4.Less than zero. 5.The beat. 6.(The angels wanna wear my) Red shoes. 7.(I don't want to go to) Chelsea. 8.Hand in hand. 9.Little triggers. 10.Radio radio. 11.You belong to me. 12.Lipstick vogue. 13.Watching the detectives. 14.Mystery dance. 15.Miracle man
5 comments
Read more
More posts