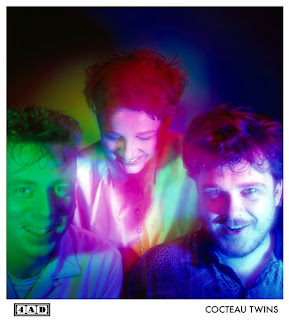 The Cocteau Twins are one of my all time favorite acts.

I will resist the inclination to give an over the top and gushing review and just say, for any fan this is a must have.

For anyone not familiar with them, and at the risk of being accused of musical heresy, their recorded material is a much better starting point, then you will just want more, and settle for any bootleg, bearing in mind the principle that one persons pleasure, is another's poison...

Set: This is the full studio concert.

Comments: I have always been a fan of the Cocteau Twins music, from the first time I heard them in the first half of the 1980's, until now.

Like all good fan's I live in hope of more, although that is probably unlikely and unfair, still us fans are like that.

This is a good live boot of the band, (theirs some awful stuff out their), the audio quality needs to be good for them, however as is often the case with their live material, Elizabeth Fraser's vocals are a little to low in the mix (in my opinion), that said, this is still a must for any one who has an interest in the band (and yes - yet another band from Scotland).

CW Cobalt said…
I don't see a lot of live shows these days and one of my friends asked,what band in the world would you go see these days? Without hesitation, I'd love to see the Cocteau's live --- if they ever played again...!
8 April 2009 at 02:37

Anonymous said…
Nice show, thank you. I smiled reading the comments field of the files- there it gives the pedigree of the bootleg, tracing it at least as far back as a TDK SA 90 cassette. I knew them well, they were the bootleg tapes of choice at one record store I frequented. They'd dub them while you waited. Patrick
10 April 2009 at 21:55