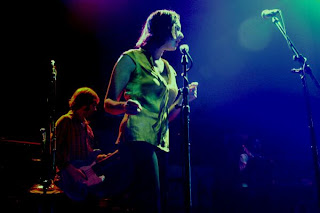 Sadly Stereolab have called it a day for the time being, however having been together for nineteen years the desire to take a rest and move on to new projects is understandable. This is the band a decade ago from two different concerts both recorded by the BBC. Tracks 1 to 5 are from a BBC Broadcast at The Royal Court Theatre, Liverpool on the 28th, October 1999. Tracks 6 to 15 are from a BBC Broadcast at The Queen Elizabeth Hall, London on the 3rd June 1999. Source: FM Broadcast Sound Quality: Very good stereo mp3@224kbps Genre: Post-rock, indie rock, ambient. Set: Two sets (neither complete). Set List: Liverpool: 1. Escape pod. 2. The free design. 3. Metronomic underground. 4. Op hop detonation. 5. Analogue rock. London: 6. Miss modular. 7. Escape pod. 8. The free design. 9. Analogue rock. 10. Op hop detonation. 11. Percolator. 12. Rainbow conversation. 13. People do it all the time. 14. Metronomic underground. 15. The seeming and the meaning. Links: Official sit
2 comments
Read more 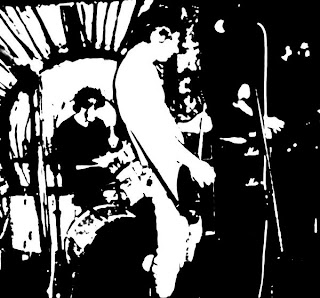 Working my way through this weeks music inbox I came across The Dustys for the first time. It was one of those moments that when I started listening I found my self immediately stop everything else my attention grabbed. I like those moments so thanks The Dustys! Part of their bio states ' The Dustys began as a new direction for veterans of the DC-area garage punk scene, getting together to write fuller, more power-pop and acid rock influenced tunes. Though they’ve always been in love with classic sounds like Big Star, Badfinger, Can, and T-rex, it was a revelation to finally get a chance to merge that sweet love with the muscle of the Devil Dogs and the stoner grooves of Fu Manchu or Red Sparrowes'. and 'The Dustys sound is classic without being nostalgic, psychedelic without being pretentious--banging enough to make you dance but intricate enough to take you on a roadtrip through the desert in every song'. I would only add that I really like what I have heard so
Post a Comment
Read more 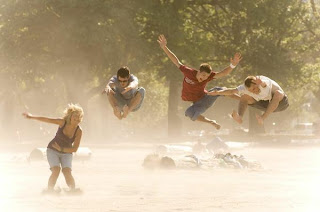 There are days when bands like Hey Ocean! are madatory listening. Days when you need a boost, your spirit needs a little lift, or you kinda wanna jig around a bit. Having just announced their Fall tour in Canada & the USA a good number of people are in for a treat as their live shows are reckoned to be pretty special. Quoting some of the detail (it's Friday I am intitiled to copy and paste a little! 'Often described as one of Canada’s best up-and-coming acts, Hey Ocean is a young band with an extraordinary talent for blending various musical styles into a brand of infectious pop that is uniquely their own. Together, Ashleigh Ball, David Beckingham and David Vertesi have created a musical repertoire that cannot be ignored – be it on radio, television or your neighbor’s iPod, Hey Ocean will soon be everywhere. What began as a very casual musical partnership on the beaches of Costa Rica, has now morphed into one of Canada’s most successful independent bands. Their rapid su
Post a Comment
Read more 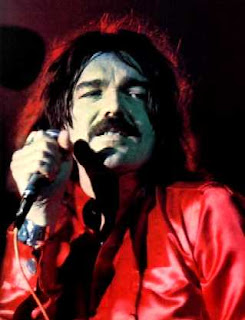 Captain Beefheart (aka Don Van Vliet) and The Magic Band had a rather tumultuous relationship at times, and in early 1974 he found himself touring with a new set of musicians. Don Van Vliet's music attracted a devoted following and his influence on fellow musicians, particularly those of the punk and New Wave movements, has been described as incalculable. He stopped touring and recording in the early 1980's to concentrate on painting. This is Captain Beefheart nonetheless in characteristic form back live at The Concertgebouw, Amsterdam, on the 22nd June 1974. Source: FM Broadcast Sound Quality: Very good stereo mp3@320kbps Genre: Experimental rock, psychedelic rock, blues-rock, avant garde, protopunk. Set: Full set Set List: 1. Mighty Crazy - Be Your Dog. 2. Sweet Georgia Brown. 3. This Is The Day. 4. Abba Zaba. 5. Peaches. 6. Who'll Be The Next One ? and Yer Gonna Need Somebody On Yer bond. Links: Semi Official Fan Site HERE . Comments: In
6 comments
Read more 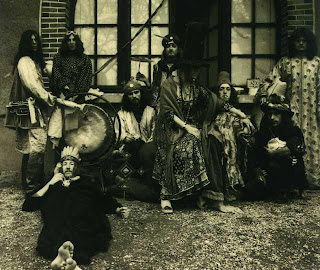 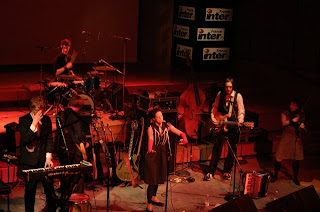 This is Arcade Fire performing live for France Inters 'White Session' back on the 9th March 2005. I read somewhere that the difference between the White and Black sessions on France Inter was that the White session was without an audience, well there is clearly an audience here so who knows. There is also a French presenter that likes to get his voice heard between songs, I am sure you could edit him out fully but in fairness he does stop before they start a new number. Source: FM Stereo Sound Quality: Very good stereo mp3@224kbps Genre : Indie Rock, Post Punk, Baroque. Set: Full set Set List: Intro 01 - Wake Up 02 - Neighborhood (Laika) 03 - No Cars Go 04 - Une Année Sans Lumière 05 - Power Out 06 - Rebellion 07 - Neighborhood (Kettles) 08 - Crown Of Love 09 - Neighborhood (Tunnels) Outro Links: Official Site HERE . Comments: The session was recorded at Maison de la Radio, Studio 106, White Session Paris, France, on the 9th March 2005 and su
2 comments
Read more

It's getting nearer to that time of year when the music biz tends to release what they hope will be big sellers (and the repackaged best of 'whoever' emerge of course), so it's great to see that there is still no shortage of new & newer bands vying for attention. The Kora Records continue on their march for world domination with Sweden's Fredrik (pictured) who have their second full length album 'Trilogi' released this coming November 17th. Fredrik started out in late 2006 as the songwriter/sound artist duo of Fredrik and Lindefelt. The idea was to attempt narrative structures in music through the combination of electro acoustic composition and folk-infused musical form. Before the release of their critically acclaimed debut, Na Na Ni, the lineup was expanded to a 6-piece. On stage the sextet could be seen playing banjo, clarinet, cello, wind up music boxes and hand made instruments along side bass, guitars
Post a Comment
Read more
More posts