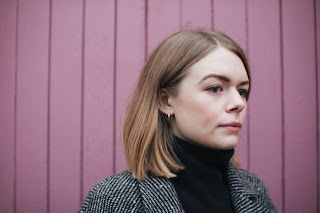 Chloe Foy - Are We There Yet. Background - Following live dates this month in support of Jesca Hoop, Chloe Foy returns with "Are We There Yet", the second track to be taken from her forthcoming synonymous EP which will be released on Friday 12th May. Showcasing her talent for skewed, ambitious folk songwriting, The Line Of Best Fit described her first single 'Flaws' as "stunning" in their premiere last week. Folk Radio UK said in their premiere of 'Are We There Yet' that "she has a unique quality, one that can be heard in her vocal delivery and which is heightened by delicate musical arrangements." Chloe Foy has previously been likened to such artists as Laura Marling and Sharon Van Etten. Her songs are imbued with lyrical and textural inflections evocative of much of the music she loves - taking inspiration as much from neo-classical music as much as wider trends within indie-rock, Chloe’s new EP comprises carefully constructed arrang
Post a Comment
Read more 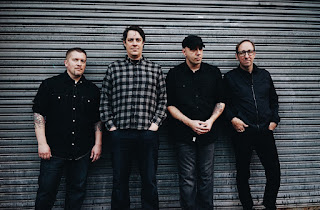 Fire in the Radio - New Air. Background - Philadelphia-based Fire in the Radio will release their sophomore album New Air on 16th June via Wednesday Records. The album is the follow-up to their 2015 acclaimed record Telemetry and can be pre-ordered now at Bandcamp. This week the band revealed the official video for "New Air" from the upcoming release.  Speaking about the video the band says: “’New Air' was written as a response to the current divisive climate in our country.” They add, "It's told from the view of two people struggling to find a way forward in an untenable relationship. As we were conceptualizing the video we wanted something that embodied these concepts. The director, Adam Peditto, helped us settle on the idea that using color would be a unique and compelling way to express this narrative. Thus, throughout the video you see a juxtaposition of red, blue and purple underlying the story of the two main characters. It gives the video this film n
Post a Comment
Read more 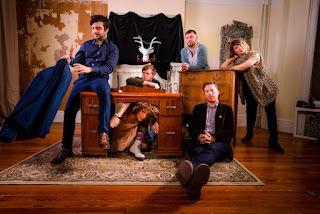 The City and Horses - Shades. Background - Last Friday, The City and Horses released their new album, Ruins. This marks the third album of The City and Horses under Paper Garden - and treats listeners to an array of indie-pop, idiosyncratic songs - fresh, familiar, and all about the funk. The City and Horses are out to get you. To get you feeling better about your breakups, screw ups and photos needing touch ups. Following in the footsteps of melodic mopers before them, TCAH make music for the disaffected.  Front man Marc Cantone, who works as a children’s television producer by day, writes idiosyncratic songs that are fresh, familiar and all about the funk (emotional or otherwise).  And the emotional funk is a key aspect of the band. Having spent his adult life in the throes of OCD, Marc has become a dedicated and vocal supporter of mental health rights and issues. Website here , Facebook here . 'Shades' is the first of twelve songs on the brand new 'Ruins' al
Post a Comment
Read more 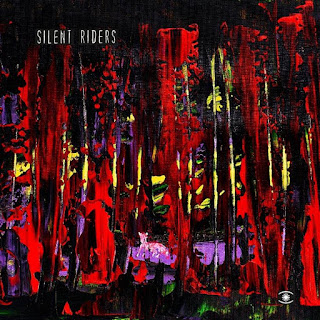 Silent Riders - I See You. Background - Fresh from acclaim for their self-titled debut album, Danish electronic trio Silent Riders have now unveiled the video for single ‘I See You’ and it’s full of great slightly Blair Witch-esque fuzzy woodland horror imagery. This Copenhagen-based trio seemed to have sprung from some murky unknown world, if we are to believe the statements of the band themselves. Little is known about Lu, Gee and C who comprise the group, or what is behind the masks they wear during their performances. They might have materialized from shadows in the woods, lurking in the dark until they were ready to share their sounds with the world. This mythical sphere that they have created for themselves is accessible through their music, which is a vision of electronic music that is organic and alive with both warmth and danger.  Led by the sultry voice of Lu, we are taken into the dark woods of the Silent Riders with almost cinematic brilliance as Gee and C mans the
Post a Comment
Read more 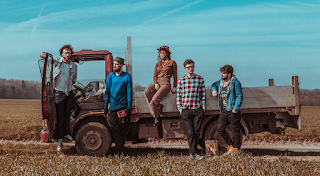 Morganway - Hurricane. Background - Originating from North Norfolk’s rural outback, Morganway’s fiery, Americana-influenced style is packed full of powerful riffs, charismatic five-part harmonies and compelling, honest song writing. The band was established by twins Callum (acoustic guitar, lead vocals) and Kieran Morgan (lead guitar), and features Yve Mary B (lead vocals), Matt Brocklehurst (keyboard) and Simon Tinmouth (drums). The Norfolk five-piece pride themselves on the high standard of their engaging live performances, and they have caught the eye of a range of festivals. Subsequently, they recently headlined The Open's prestigious OH1 festival, in their hometown of Norwich, on the Banking Hall stage. Other early 2017 shows include London gigs at The Troubadour, The Islington and The Bedford, as well as a special headline performance at Cambridge’s muchloved Portland Arms. Morganway released their second EP ‘The Hurricane EP’ a few days ago, following the glowing rece
Post a Comment
Read more 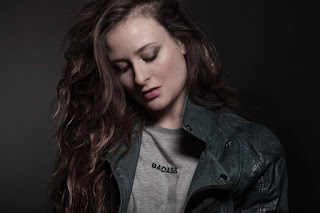 Lara Smiles - Lies. Background - Fusing an intriguing mixture of indie and electro styles, the music of Lara Smiles is guitar-driven, synth-inspired and brimming with layers of alt-pop. Self-written and produced by the legendary Youth, ’Lies’ will be included on her long awaited debut album due out in the late autumn of 2017. She has also recently worked with The Orb and Jah Wobble and will be a featured artist on upcoming new album releases by both.  Influenced by many genres of music, Lara started out writing punk and soul tunes on her guitar, but all-night raves in her teens led to a love of dance music and experimenting with samples.  Her previous single releases have received airplay on BBC 6 Music and XFM/Radio X. She has also performed at some of the world’s largest venues and will make her fifth appearance at the Glastonbury Festival this summer. The new single 'Lies' is out 19.05.17 (WonkyPop Records). Website here , Facebook here . The guitar fronted music
Post a Comment
Read more 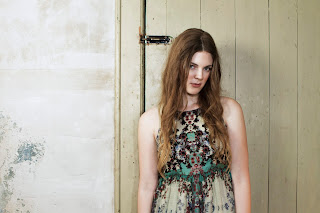 Emily Keener - Light & Sound. Background - Emily Keener is a eighteen-year-old singer/songwriter from Wakeman, OH. Since her exciting journey into the Top 12 on NBC’s The Voice, Emily has been writing and recording diligently in an effort to capture the energy of this most transformative year. Emily started playing the guitar when she was 11 years old and began writing songs when she was almost 12. A natural curiosity and passion for music quickly got her performing frequently and writing constantly. Almost 6 years later, she has written over 100 original songs and released three EPs and two LPs. Her songs are distinctly original, and the ideas she manages to express in them belie a soul that seems to be much older than seventeen. Before training with renowned vocal coach, Joan Ellison and master guitarist, Tony Schaffer, Emily was entirely self-taught and thrived on the time she spent locked away with a guitar and a notebook. Quote From Emily: "'Light & Sound&#
Post a Comment
Read more
More posts