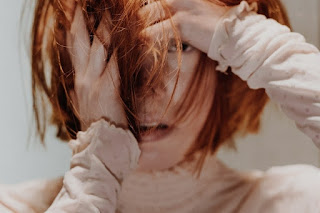 Madelline gives us her background to 'Ghost' just below, I would add it's a dreamy indie pop song and her vocals are beautifully soulful. We featured Magnetic Skies for the first time in January and they have followed up with 'I Am Your Friend' a smooth lush synth rock piece. With dual vocals and a feisty rock vibe Gaffa Tape Sandy have been getting plenty of attention and 'Headlight' is a good example of why. Andrew Rinehart's 'They Say' is accompanied by a very personal video, a wonderful companion for the nine minutes of absolutely gorgeous music. 'These Wicked Things' is the title track and one of fifteen songs on Beat Circus's new album, an epic collection of tracks as typified by the featured piece, a small glimpse of the whole. JW Riley has released the very impressive 'Homesick' where genres blend together, to create a mixture of rock sensibilities with a clear individual identity. Lucky 757 share some delicious rockab
Post a Comment
Read more 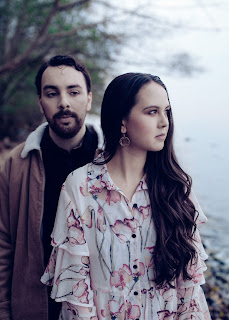 'Moon Maidens' is the third song from Porteau's debut album that we have featured this year, and the Indie folk couple continue to impress. Club Kuru share some fabulous psych pop/rock in the form of 'By The Windowpane' a dazzling piece of creativity. Porteau - Moon Maidens. Vancouver duo Porteau debut album, Water’s Gate has just been released. Heavily influenced by both traditional folklore and the West Coast landscape, Porteau uses this imagery as a backdrop to explore and unearth personal experience. Porteau is the creation of Victoria Williams and Craig Stevenson. The Vancouver duo’s debut album Water’s Gate transports listeners to a world of pragmatic mysticism. Layers of lush vocals and washes of light, modulated guitar are the foundation of their songs. Pulling the record into diverse moods and through vivid textures, their sound weaves through folk-inspired passages, celestial soundscapes, and electronic flourishes. Ethereal and expansive, Water’s G
Post a Comment
Read more

I am BOLEYN - Beverly Kills - Zinnia 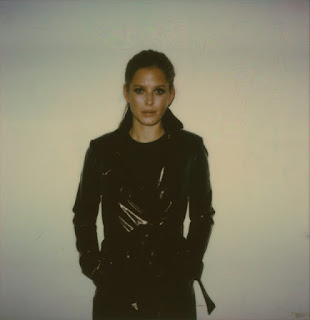 I am Boleyn serves up some intimate synth pop, her melodic vocals drift above a thoughtful soundtrack, this is hard to resist music. Gothenburg's Beverly Kills share a feisty indie rocker, the band are tight and refined and the vocals add even more hooks. Zinnia's brand of art pop is quite addictive, she sings with real feeling above a musical arrangement that slowly builds into a magnificent backdrop. I am BOLEYN - Limit Of Love. London based Synth-pop singer-songwriter I Am Boleyn is poised to release her new single with the arrival of ‘Limit of Love’ and follows on from her recent release 'Too Much'. She says: "Limit of Love is about the secrets that we all keep, the dark feelings or guilt that we hold very close but one day have to show someone to really love them and let them love us. What is the Limit of Love? What could we find out about someone, or reveal about ourselves what would push those limits too far? In the end the honesty of sharing our rea
Post a Comment
Read more 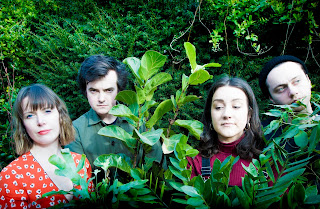 Wasuremono continue to ramp up interest in their June album release with 'Are You OK?' where synth textures and layered vocals combine with melodic hooks. Hafdis Huld's fifth studio album is a collection of thirteen incredible cover versions, where she reinterprets some classic songs in a really imaginative manner. Julia Rakel's new E.P. is shared in full, it's a creative affair as she digs into relationships, doing so in a very individual and colourful way. 'Willow' from Junaco is a desirable indie song where the vocals are beautiful as they drift above a clever musical backdrop. Wasuremono - Are You OK? Wasuremono have announced their new album 'Are You OK?' will be released on June 14th, they have also shared the title track from the album after teasing the news with previous single 'Lonely Type'. In 2018, Wasuremono made quite the impression; with the release of their self-titled debut album, Steve Lamacq’s invite to record a liv
Post a Comment
Read more
More posts