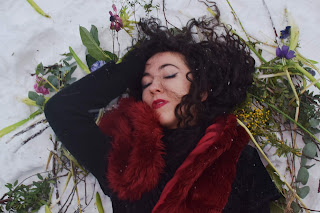 Marey - The Bergamot - Miesha and The Spanks - Marinho 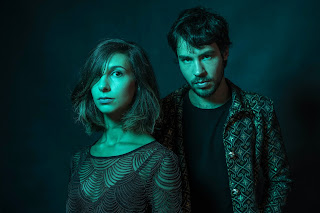 Marey are from Switzerland and have released 'Synthetic' the first single from their upcoming second album due out next year. The song is a mixture of lush electronica and dreamy vocals, with the arrangement adding even more depth.  We have a couple of songs from The Bergamot namely 'Young Again' and 'Bones'. Taken from the duos recent 'Mayflies' album, the two tracks give some indication of the differing directions and style their music has, the constant level of creativity is impressive, as well as award winning. Miesha and The Spanks have just released 'The Girls Are O.K' which is a feisty rocker with some classic punk vibes, and bags of potent energy. Portuguese alternative folk-rock artist, Marinho , has unveiled the new single and video, 'I Give Up and It’s O.k' from her upcoming debut album. Melodic and quite catchy the lyrics are reflective, the vibe relaxed and additively pleasing.  -------------------------------------
Post a Comment
Read more 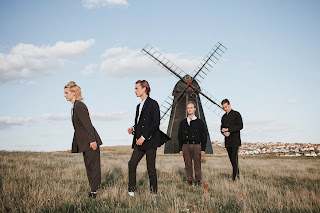 Thyla have returned with their newest release 'Two Sense'. Last year we featured the band four times as they consistently impressed us with some real stand out material, now they return with a high octane alt rocker with plenty of the Thyla characteristics such as passion, commitment and rocking hooks.  From the Swedish band Lilla Parasit we have 'Gaslights' which mixes some subtle psychedelic vibes with a mixture of indie folk and rock the combination working really well, it's a little Lo-Fi and its rather catchy. Canadian band Kiwi Jr. have just shared their first international single 'Salary Man' and have an album due in January next year. Accompanied with a video Salary man is a fabulous and slightly quirky song, the vocals and lyrics are superb and the bands tight musical delivery a perfect match. ------------------------------------------------------------------------------------------ Thyla - Two Sense. Positioning themselves at the forefro
Post a Comment
Read more 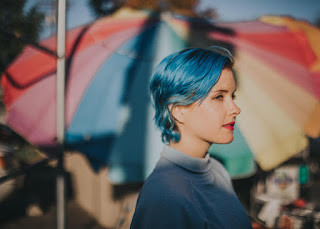 Lucy & La Mer has shared an upbeat video for 'Discover'. Oozing positive and feel good vibes this indie pop song is an absolute charm. Canadian avant-garde folk artist, Mappe Of (a moniker for Tom Meikle) has just released a wonderful song entitled 'Unkno'. It's something of a folk epic as Tom's superb vocals and a clever, intriguing musical background garner immediate attention. Our third feature this year for Emily Breeze is for her latest single 'Heaven's Gate'. Described as "a glacial slice of Sci-Fi propaganda" (see more below) the songs musical arrangement conveys other worldly notions, Emily's vocals are once again impressive as they drive the piece forward. Café Spice return here for a second occasion with their brand new single 'Open Door'. Once again the beautiful vocals and exquisite harmonies are simply wonderful, this trio are most certainly on my must hear music list.  --------------------------------
Post a Comment
Read more

Just Like Honey - Cliffs and Caves - The Cheap Thrills 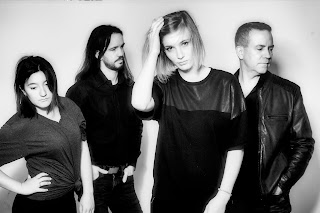 Just Like Honey recently released 'The Wood Room Sessions' an album of acoustic and stripped back versions of some of their songs. The band have taken the original alt rock and dream pop material into new territory and wow does it work, as their music morphs into Americana, folk and other genres doing so with constant beauty and demonstrating excellent vocals and musicianship. From Cliffs and Caves we have 'Defiance' accompanied by a music video. It's a song with a clear message and the piece takes the duo into a determined and earnest indie rock vibe, with hints of their folk instincts adding depth.  Liverpool synth/alt rock band The Cheap Thrills have just released 'Time Waster'. Energised and hook fuelled, the single is a taster for 'Vue Du Monde' their new E.P due out in mid October. On the strength of this song, that is something to be anticipated! ------------------------------------------------------------------------------------------
Post a Comment
Read more 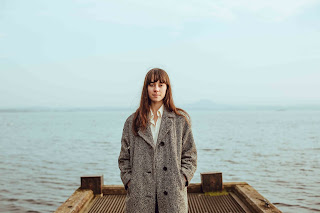