Showing posts from November 4, 2007
Show All 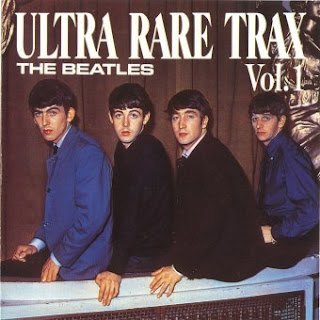 Ultra Rare Trax Volumes One and Two may well have been the first two Beatles boot CD's released in Europe. They had previously been on vinyl and allegedly originates from master tapes "borrowed" from Abbey Road, which obviously upset some EMI exec's. Released by prolific bootleggers Swinging Pig records on CD and made in Luxembourg, they were certainly in circulation by 1988. These are a selection of studio outtakes, and similar to material released on the official Anthology series. They are another piece of Beatles history, and make fascinating listening. Volume One track list is: 1. I Saw Her Standing There (take two) 2. One After 909 (take two) 3. She's A Women (take two) 4. I'm Looking Through You (take one) 5. If You've Got Trouble (take one) 6. How Do I Do It (take two) 7. Penny Lane (take nine) 8. Strawberry Fields Forever (take 26) 9. From Me To You (take two) 10. Besame Mucho (1962 Pete Best on drums) 11. The Fool On The Hill (demo take on
7 comments
Read more

Whats Up Doc? - The Third One 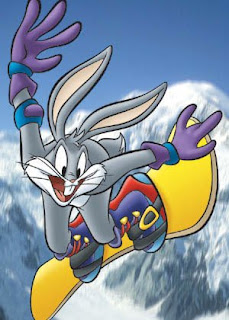 Welcome to the third ' whats up doc ' musical round up. Picking out some current and earlier albums from the year, that have the full attention of the Beehive! First of all a band I am somewhat overdue featuring, The White Stripes . Jack and Meg's latest offering 'Icky Thump' released back in June, is still a 'regular play' of mine, if your a fan you will have a copy, for those uncertain check out the following couple of tracks from the album. Links Removed - MP3 Policy. 03. The White Stripes - 300 M.P.H. Torrential Outpour Blues.mp3 09. The White Stripes - Rag And Bone.mp3 Album details HERE . Robert Plant and Alison Krauss new album 'Raising Sand' has had mixed reviews, everything from album of the month to disappointing. I personally quite like it, and if you like either musicians solo work, it is well worth checking out. 02. Robert Plant and Alison Krauss - Killing The Blues 05. Robert Plant and Alison Krauss - Gone Gone Gone Al
Post a Comment
Read more 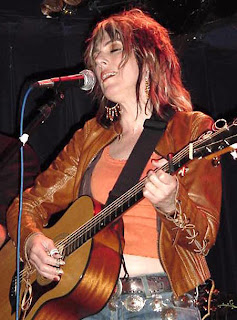 You may have gathered from comments elsewhere on this blog, that I am a fan of Lucinda Williams music. I was therefore delighted when I first heard this concert, I will spare you the gushing superlatives, and just say it compliments the official release 'Live at The Fillmore' recorded later the same year. This was the first part of the press release, regarding the following show. 'Bono has been confirmed to host the debut of the new, nationally syndicated Lost Highway Radio Show, which is scheduled to air in late August. The Lost Highway Radio Show will feature one artist per each hour-long program, recorded live in concert. The kickoff program will feature a special 90-minute concert from Lucinda Williams, recorded at New York's Bowery Ballroom on May 27, 2003 '. It is an excellent concert! Set List: 1-Car Wheels on a Gravel Road 2-Fruits of My Labor 3-Those Three Days 4-Blue 5-Still I Long For Your Kiss 6-Ventura 7-Something About What Happen
7 comments
Read more
More posts