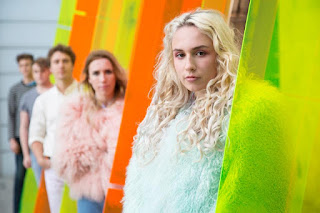 Healyum - Cheap Alcohol. Background - Newcomers Healyum have delivered on early promise with new single ‘Cheap Alcohol’.  Previous singles ‘Lies’, ‘Three Months’ and ‘Fools Eyes’ have been supported by Huw Stephens on BBC Radio 1, BBC Introducing, and Radio X (where all three have appeared on the evening playlist).  ‘Cheap Alcohol’ will join those earlier singles on the bands debut ‘Join The Party EP’ (released on July 27th).  Combining London Grammar-like minimalism with a shimmering, pop-tronica edge inspired by Lorde, they’ve received glowing reviews.  The music has also found it’s way onto various BBC Drama & Channel 4 TV shows, and they won the ‘Breakout Artist Award’ at the NMG Awards last year. The band’s BBC Introducing support led to them being filmed live in-session and they recently played alongside fellow Bedford-boy Tom Grennan as well as Fickle Friends and Circa Waves. Singer-songwriter Jeaná Healy explains that if she threw a party, ‘Cheap Alcohol’ would be the
Post a Comment
Read more 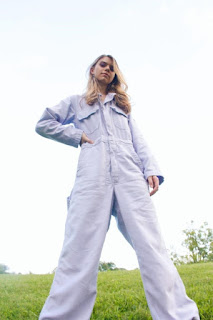 Tomberlin - Any Other Way. Background - Tomberlin, the rising Louisville, KY-based artist, has released a video for "Any Other Way," the opener from her anticipated Saddle Creek debut album, At Weddings. On her deeply moving debut album At Weddings, Sarah Beth Tomberlin writes with the clarity and wisdom of an artist well beyond her years. Immeasurable space circulates within the album's ten songs, which set Tomberlin's searching voice against lush backdrops of piano and guitar. Like Julien Baker and Sufjan Stevens, she has a knack for transforming the personal into parable. Like Grouper, she has a feel for the transcendent within the ordinary. Born in Jacksonville, Florida, and now based in Louisville, Kentucky, Tomberlin wrote most of At Weddings while living with her family in southern Illinois during her late teens and early twenties. At 16, she finished her homeschooling curriculum and went to college at a private Christian school she describes, only half-jo
Post a Comment
Read more 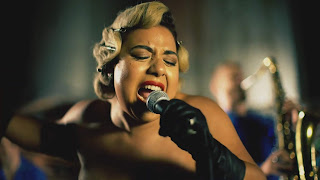 Jen Awad - Break A Man. Background - Grab the nearest fire extinguisher cos Jen Awad is about to set your wig alight. This half Egyptian, half Peruvian powerhouse delivers the kneecap melting soul and sass of Etta James combined with an in-your-face swagger reminiscent of Tina Turner. Self taught on vocals, piano, guitar and bass, Jen also pens the lyrics to all of her material.    Jen's ability to deliver cherubic, velvety vocals that effortlessly transition into the radical rumble of a runaway 18 wheeler doing 90 mph on an open highway is a feat in itself to witness live. Backed by an eight member band with a horn section, Jen Awad packs a combination punch that will leave your core ringing in the most delectable manner imaginable. Recently Jen Awad has been selected to play the Broke L.A. Festival, being 1 of 50 acts chosen out of 700 contenders. She has consistently filled her local L.A. venues to maximum capacity and is steadily gaining ground as a widely respected act in
Post a Comment
Read more 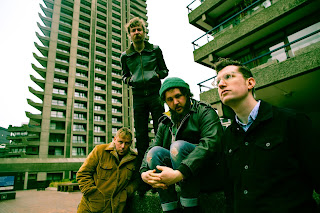 Japanese Television - Tick Tock. Background - Japanese harp and synth player Ian Thorn and Bassist Alex Lawton met on tour in Europe, performing as part of a Canadian space-rock orchestra. They bonded over their shared passion for Finnish experimental band Circle, Pink Floyd, Television, Broadcast and Brian Eno, and went on to form instrumental space-surf band, Japanese Television, with James Moriaty and Tim Jones. They put together a collection of tracks that would make their debut self-titled EP and went into “the studio” (i.e a village hall outside of Peterborough, England, armed with an 8-track) with Kristian Bell of The Wytches at the helm. The EP is out on 7th September via revered underground label Tip Top Recordings (Cassels, Sun Cop). This week the band share first single from the EP; Tick Tock - a white knuckle ride journey through time and space. The single was given its first play last night on John Kennedy's Radio X, with John making it a 'hot one'. He sai
Post a Comment
Read more 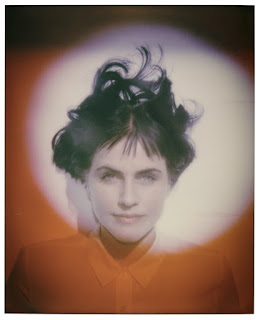 Princess Chelsea - Wasting Time. Background - New Zealand subversive pop artist Princess Chelsea (Chelsea Nikkel) shares the second single "Wasting Time" from her forthcoming fourth studio album The Loneliest Girl, due out on 7 September via Lil' Chief.  The album examines the loneliness and ultimately the artistic satisfaction a strong work ethic can bring, the result of which is this eclectic collection of pop songs. The Loneliest Girl captures moments of inspiration and madness, with lyrics that show Chelsea isn't afraid to ask the deeper questions while still maintaining a playful nature about it all.  "I can’t be bothered with subscribing to any kind of 'sound,'" Chelsea says. That becomes evident upon listening to "Wasting Time," a pop culture puzzle, sonically speaking. The song has influences of early Madonna melded with 1960s Brian Wilson that Chelsea peppers with kitschy Yamaha DX7 synths, trombone, and a choir.  The music
Post a Comment
Read more
More posts