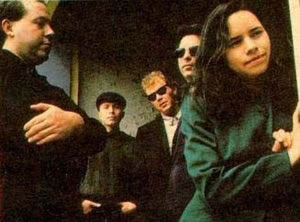 This is 10000 Maniacs back on the 30th March 1992 during their ' Our Time In Eden ' tour rehearsals, at the Bearsville Theater; Bearsville, NY. The tour that promoted the new album has a few live recordings (more about them another time), however I found it interesting listening to the band developing the live versions of songs that seem so familiar now, If You Intend * is a good example of the band rehearsing the then new material if not exactly one for your mp3 player, the majority of the songs are however tight live performances and highly enjoyable versions. Source: Soundboard Sound Quality: Very good stereo mp3@256kbps Genre: Alternative Rock, Indie. Set: Rehersal Session (not complete day). Rehearsal List: 01 - These Are Days (incomplete) 02 - Few and Far Between 03 - Hey Jack Kerouac 04 - Eat For Two 05 - I'm Not The Man 06 - If You Intend * 07 - Noah's Dove (incomplete) 08 - Eden 09 - Jezebel 10 - What's The Matter Here? 11 - Stockton Gala Days
2 comments
Read more 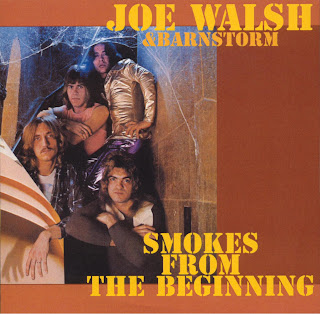 Joe Walsh formed Barnstorm after he left the James Gang. The original members of the group were Joe Walsh (guitars, keyboards), Joe Vitale (drums, flute, keyboards) and Kenny Passarelli (bass); all of the members contributed vocals and songs, although Joe Walsh was the principal singer and songwriter. Later, the group added keyboardist Rocke Grace , to permit it to play the complex arrangements live that it was creating through multi tracking in the studio or with the help of session musicians Paul Harris (piano) and Joe Lala (percussion). This is Joe Walsh and Barnstorm back on September 24th, 1973, at The University of Texas, Arlington, Texas, USA. Source: Soundboard Sound Quality : Very good stereo mp3@320kbps. Genre: Rock (country to hard). Set: Fifty Minute Set. Set List: 01 Meadows 02 The Bomber, Turn To Stone, Midnight Moodies 03 Tend My Garden 04 Rocky Mountain Way 05 The Bomber (outro version) 06 Turn To Stone (outro version) Band Line Up: Jo
5 comments
Read more 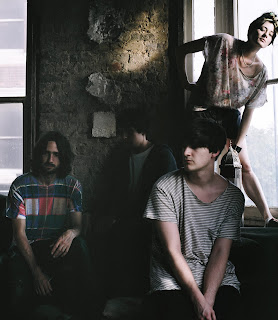 It would appear that Kora Records are going all international, having recently signed up Stricken City who are from London. Well good for both of them and from what I have heard so far Stricken City are gonna be checked out some more by my good self when the debut album lands. I quote what the promo says and I would add its pretty much on the mark. 'Defined by their clattering guitars, the scattergun pounding of the drums, basslines bursting with hooks and the strikingly voiced melodies of otherworldly front woman Rebekah Raa; SC produce an indie-pop of hitherto untapped gems drawn from influences Talking Heads, Sonic Youth, Young Marble Giants and The Slits as well as those lost sources of alternative melodica Life Without Buildings, The Sundays and Bow Wow Wow'. OK so I am a sucker for this kind of music all I would add is I think I can hear a little bit of Siouxsie in there somewhere, in a very positive manner that is. They have been getting some attention here in the
Post a Comment
Read more 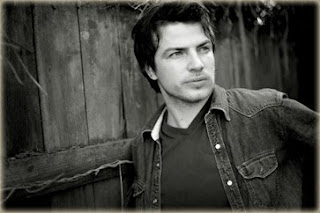 OK first the comparisons: “ Warm Cozy Songs that Hark Back to Late 70's Van Morrison ” – New York Times “ The roots offspring of Jackson Browne and Ricki Lee Jones ” – Boston Phoenix “ Jazz-infused songs reminiscent of Moondance-era Van Morrison. ” – Time Out New York Clarence Bucaro on reflection, is bound to have these comparisons made, he does carry some of those styles in his music, however he is most definitely a singer songwriter in his own right, and a very good one at that. His new album 'New Orleans' is due for release on Hyena Records on the 13th October 09, and comprises of a set of ten timeless songs brought to life by the 28 year old with his stunning falsetto vocals. Listen: MP3: HERE . Web Link: MySpace . BUY: Clarence Bucaro You can listen to more on his MySpace site, if the comparisons have aroused your interest, I think you will enjoy Clarence Bucaro!
Post a Comment
Read more 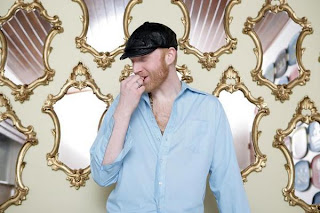 I had not heard of Logan Lynn prior to a promo arriving in the mailbox a couple of weeks back. Anyhow Logan Lynn was signed to The Dandy Warhols’ record label, “Beat The World” Records a short while back and released his third full length record, “From Pillar To Post” on line a couple of weeks ago (alongside a 4-Volume Remix EP collection called “Blood In The Water”, which features Remixes by Styrofoam, Boy In Static, The Gentry, Ariake Waveband, Y-Tron, and MANY more). Early reviews of From Pillar To Post have drawn wide comparisons, ranging from The Postal Service, to M83, Lykke Li, Cut Copy, Ladytron, Goldfrapp and even indie rockers, Metric . URB Magazine proclaimed, “Sonically adventurous, yet possessing the pop sensibilities that lesser artists would forsake in the name of artsiness, Lynn is set to become the new golden boy of sensitive electro-pop.” Having listened I can see the comparisons, and thankfully I would also add he has a definitive style of his own and if any o
Post a Comment
Read more
More posts