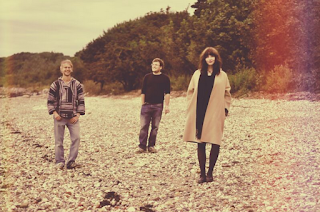 Crooked Weather - Control Your Blues. Background - Based in East Yorkshire, England, Crooked Weather play earthy, unruly and original folk songs. The sound is lead by carefully crafted lyrics delivered by the haunting harmonies of Holly and Will. The music on 'Long Garden' echoes the ethos of folk songsmiths before them with imagery of escape, adventure, companionship and inner searching but told from a different heart. “Crooked Weather come from the same fertile ground which gave the world David Crosby’s immortal 'If I Could Only Remember My Name'. They are indie meets World music meets traditional British folk. Think a contemporary Incredible String Band with a 21st century mindset.” Sid Griffin, The Coal Porters/Bob Dylan Biographer . From the superb 'Long Garden' album, the featured track 'Control Your Blues' is a fine insight into the band and their music. The music has a natural and genuine feel to it, unspoiled by the increasingly artifi
Post a Comment
Read more

Prepare To Dance Or Leap: Paint The Muse - Home Lives 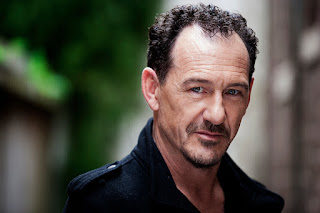 Mike Wilde - Another Place. Background and quote - ‘Another Place’ is the debut Single from Singer/Songwriter Mike Wilde. An accomplished multi–instrumentalist and live performer, Mike Wilde spent time in Australia and on the road in Europe as a touring musician learning his craft before embarking on a career as a solo artist.  In the 90's Wilde performed on vocals and bass with Sydney band PLUS, releasing 2 EP's. The band made a number of TV appearances, including popular TV export "Home and Away."  Evolving from modern funk into earthy singer-songwriter, his current works reflect the individual and shared experience of returning to country, of coming home. A gifted lyricist and vocalist, Wilde’s music resonates with contemporary adult experience, with a heightened sense of performance earned through years of playing live in Australia and Europe.  Another Place has a spooky ‘70’s storyteller vibe to it. A classic, folk “love gone wrong” narrative with crystal
Post a Comment
Read more 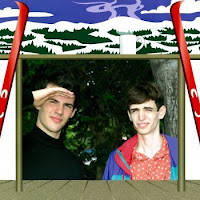 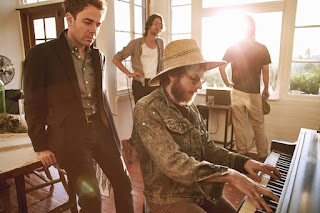 From the Internet Archive (IA) this is a concert recording of Dawes performing at the 600 capacity music venue, The Majestic Theatre, Madison, Wisconsin, USA, back on November 12th 2010. For those unfamiliar with this fine band here is a fairly 'rough and ready' summary from Wikipedia - Dawes was formed from the band Simon Dawes after the departure of co-songwriter Blake Mills, subsequently abandoning a post-punk sound in favour of folk rock. Dawes has been described as having a Laurel Canyon sound derived from artists such as Crosby, Stills, and Nash, Joni Mitchell and Neil Young. At the invitation of producer Jonathan Wilson, the band joined a local informal jam session that included Conor Oberst, The Black Crowes's Chris Robinson, and Benmont Tench. The band recorded their debut album, North Hills, in Laurel Canyon in a live setting to analog tape, resulting in a sound that Rolling Stone magazine called "authentically vintage". Wilco multi-instrumentalist
Post a Comment
Read more

September 20, 2015
River Tiber - When The Time Is Right. Background - Toronto multi-instrumentalist, producer and vocalist River Tiber has shared When The Time Is Right, his first release since 2013's debut EP The Star Falls. Dummy Mag has a stream of the five song alt R&B gem ahead of its September 16 release and following track features from Complex and The Fader. River Tiber - real name Tommy Paxton-Beesley - captured a flurry of attention earlier this year when Drake's Polaris Music Prize Short Listed If You're Reading This It's Too Late standout "No Tellin'" prominently sampled his then-unreleased "No Talk." Most recently River Tiber was named one of three Canadian entrants to Red Bull Music Academy Paris 2015. RBMA said this of the future star: "As River Tiber, singer/multi-instrumentalist and producer Tommy Paxton-Beesley is unafraid to push his love for R&B and hip hop production into unusual places: pitching his vocals to sound like Maria
Post a Comment
Read more
More posts