Showing posts from November 1, 2015
Show All 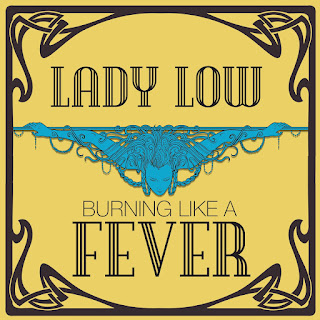 Lady Low - Burning Like A Fever. Background - Released in mid October “Burning Like a Fever,” is the current single from Hollywood’s favourite romance rockers, Lady Low. Described as “where strings and heartstrings collide,” Lady Low is a rock sextet comprised of Jimmy Sweet (vocals, guitar), Eden Lee (vocals, drums), Shanel Chavers (vocals, synth), Kaitlin Wolfberg (violin), Corinne Olsen (violin), and Mia Siler (viola). Sweet had always wanted to start a band that combined love’s passion and old school rock and roll. After returning to L.A. by way of London, he formed Lady Low. Sweet started out with legendary San Francisco rock band, The Richmond Sluts. He still performs with the Goodtime Boys, a ‘70s cover band, along with members of Hot Hot Heat, Fleet Foxes, The Heavy, and Beachwood Sparks. While studying vocal performance at Ohio University, Eden recorded and performed with The First Street Heat, a nine-piece funk group. She has also been featured in SassafraZ and Tempo Tan
Post a Comment
Read more 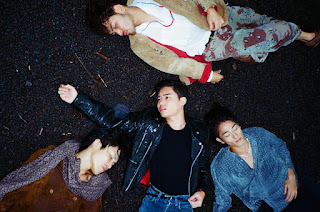 The fin. - Night Time. Background - About The fin.  Hailing from the vibrant Japanese port city of Kobe on Osaka Bay, The fin. have become something of a reputed and singular attraction in their homeland due to their stylish Europhile blend of synth-pop, chillwave and dream-pop, complete with English lyrics addressing universal themes of everyday uncertainties. Often referenced alongside the likes of Beach House, Toro Y Moi, Mew and Washed Out, the quartet have, since forming in 2012, created a sufficient stir to have performed before thousands at major Japanese festivals including Fuji Rock, Rising Sun and Viva La Rock. Not content with such acclaim in one country alone, Yuto Uchino (vocals and synths), Ryosuke Odagaki (guitar), Takayasu Taguchi (bass) and Kaoru Nakazawa (drums), each aged 24, set their sights worldwide and in March this year embarked on a major nine-date tour of the US, which included a blinding performance at SXSW. The UK is next up and what better way to announc
Post a Comment
Read more 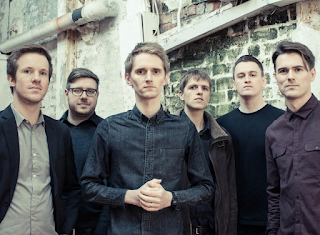 The Deadline Shakes - Sweeten the Deal. Background - Glasgow's The Deadline Shakes are Greg Dingwall (lead vocals, guitars and keys), Iain McKinstry (guitars and vocals), Martin McLeod (bass), Thomas Booth (drums) and Sam Clark (piano), with Michael Muir (violin) and Kiera Pollock (vocals).  Their debut album 'Zealots', produced by Greg in a tiny room in the east end of Glasgow, is the product of three years of hard work following the band's inception. Greg’s songs are often widescreen in scope, but lucidly lovelorn lyrics give the album a relatably human quality. This is an album recorded on a limited budget that sounds like a large scale, big studio production.  Each band member is a multi-instrumentalist who has a passion bordering on compulsion to create, a drive which underpins everything they do. Even the band's unique artwork is designed in-house by bass player Martin. Guitarist Iain has edited their music videos. Radio support for The Deadline Shake&
Post a Comment
Read more 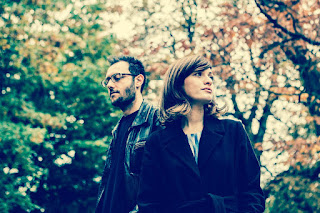 Shirley Said - Crash. About Shirley Said (and we quote) -  Shirley Said’s sophisticated, experimental take on alt.digitalism was born in the town of Latina, near Rome, inspired by artists ranging from Bjork to Portishead, Talk Talk to Sonic Youth, as well as auteur's such as David Lynch and Ingmar Bergman. Originally a four-piece, the band performed at a series of prestigious national festivals and live video-based events, which emphasised their dedication to the visual as well as the aural. Subsequently relocating to London, Shirley Said resized to a two-piece, comprising Giulia Scarantino (lead vocal, synth, piano, fx) and Simone Bozzato (backing vocal, guitars, programming, efx). Their sensual, minimalist techno has sound tracked French docu-dramas, Italian TV series and an exclusive fashion film for Vogue. Earlier in 2015, the band’s double-A sided single, ‘Merry-Go-Round’/’Salvation’ firmly established them as one of the English capital’s most coveted electronica acts – the
Post a Comment
Read more 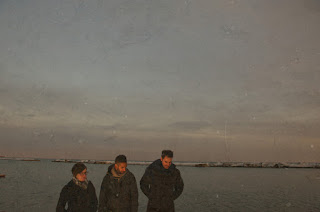 Paradise Animals - Monday Morning. And the band tell us - Appropriately, we're releasing our new single/video "Monday Morning" today. The single is from our LP "Day Bed" it's our very first full length. The album was recorded and produced by the whole band in both Northern Ontario and Toronto.   Day Bed is the place we go to rest in the daylight. A place where memories wash over us; a place where we pause and think about life. It's a collection of songs that highlights the warmth and happiness of family and childhood, the heartbreak of relationships, and the randomness of social life in the 21st century (album out November 13th) . I listened to the single and thought to myself, that this was 'an absolute must to feature'. I started putting this together, then upon opening both eyes noticed they had also sent a link for the album. So one album listen later, I reckon I have another contender for my top ten favourites of 2015. Seriously if you
Post a Comment
Read more 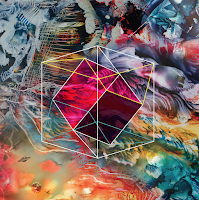 Venkman - Andrew, You're Horizontal Again. What's the story - Venkman are Kate, James, Tom, Danny & Dave who create off-kilter funk from their hometown of Lichfield, UK, citing influences as diverse as Influenced by Michael Jackson, Kate Bush, Prince and Thomas Dolby. Having already been featured on 6 Music and BBC Radio in England and Scotland, Venkman were responsible for the most watched BBC Introducing session ever with their cover of Michael Jackson's 'Leave Me Alone'. They were also selected to feature in the Best New Music of 2015 on their local Introducing show. The band, who have already played with the likes of Carina Round, Outfit, Turbowolf and Coasts, next play live on 11th November with Dutch Uncles at The Hare and Hounds in Birmingham. The release of their EP 'Kakkorhaphiophobia' follows the success of their debut single 'Martial Law' and epitomises Venkman’s quirky brand of melancholic funk with haunting male/female harmon
Post a Comment
Read more
More posts