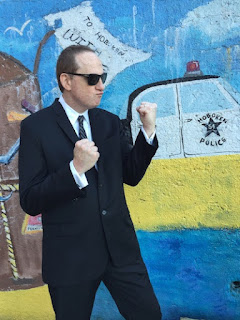 Suit of Lights - Break Open The Head. Background - Suit of Lights is an American music group founded by Joe Darone, formerly of The Fiendz and The Rosenbergs. Described as genre-defying, Suit of Lights artfully blends elements of 60's pop, punk, progressive rock, metal, jazz, and baroque pop. The group's alumni boasts members of Mr Bungle, Thursday, Streetlight Manifesto and The Tea Club. At an early age, Joe Darone dedicated his life to making art and music. Darone’s career as a drummer took him everywhere from CBGB’s to The Fillmore, from opening for The Ramones in his punk band, The Fiendz, to touring with Echo & The Bunnymen with The Rosenbergs. Darone is also a visual artist, creating artwork for the likes of Madonna, Agnostic Front, and Van Halen under the name Zeckle. He continues to create the album artwork for each Suit of Lights release. In 2003, Darone began focusing on songwriting, and Suit of Lights was born. Not satisfied to stand still creatively, each new
Post a Comment
Read more 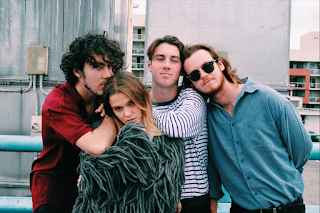 Ivey - All Things Good. Background promo - Fresh faced, born and bred to take on new adventures, Gold Coast's Ivey have been charming the pants off music fans and critics alike since 2013. Remaining just as breezy and young in their delivery but continuing to tighten the screws, Ivey ask nothing more of you, dear listener, than to revel in their indie-pop dream. With half the band still tending to their high school studies, the young troupe is led by young Millie (15), with Lachlan (18) co-fronting on vocals and guitar. Matthew (17) and Dante (19) fill the rhythm out. With Millie at the front-and-centre, Ivey is empowering young teens, irregardless of gender, to pursue their passions. Building on the warm familiarity of previous single, 'Smell of Smoke' but also daring to tread new grounds, 'All Things Good' both sways and wallops with its charming delivery of honest lyrics that imbed in your brain. 'All Thing Good' was recorded with the helping hand of p
Post a Comment
Read more 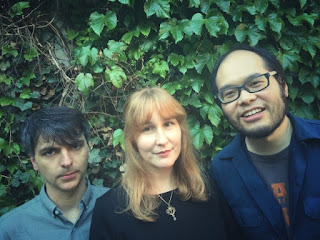 Lake Ruth - Dr. Snow And The Broad Street Pump. Background promo - Lake Ruth was formed in 2015 by multi-instrumentalist Hewson Chen of The New Lines, drummer Matt Schulz and vocalist Allison Brice, best known for her prior work with UK groups The Eighteenth Day of May and The Silver Abduction. With a unique sound rooted in 1960s experimentation, the trio blends elements of baroque pop, pysch, kraut, jazz and electronic music – resulting in rhythmically propulsive tunes, rich with multilayered guitars, modular synths and atmospheric vocals. The nine songs of 'Actual Entity' are highly varied in style yet sonically cohesive, ranging from cinematic Italian soundscapes and post-C86 pop anthems to delicate English folk songs and extended motorik jams. The album's title 'Actual Entity' is a reference to the Process Philosophy of Alfred North Whitehead, and alludes to the fluid nature of reality. Its nine songs are populated with a collection of marginal characters – th
Post a Comment
Read more 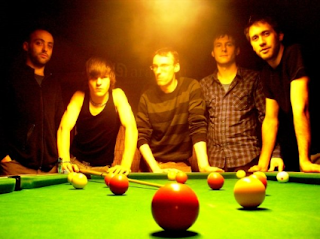 Febria - The End Of Something. Background promo - Febria is a five-piece alternative rock band washed up on the banks of the river Usk. Originally formed in high school in Pontypool, and influenced by everything from prog, metal, grunge, indie and folk, they have recorded several EPs and a full-length live album, and have played many gigs around South Wales and the UK. Their music reflects a wide range of influences, varying from acoustic folk all the way through to dense prog, and they are proud of not easily fitting into one particular genre as a result. Their latest EP, 'The Sea Around Us', is their fifth recording, and they are currently working on their next release.   This EP represents an evolution in sound, carrying even further the complexity and rejection of traditional structure already shown in some of their previous releases adding multiple layers of vocals and guitars. One of the approaches to the songs was the idea of writing music which sounds like math/pos
Post a Comment
Read more 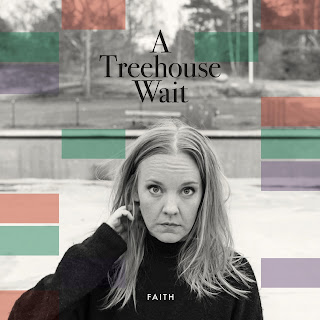 A Treehouse Wait - Faith. Background promo - Jenny Wahlström from A Treehouse Wait grew up with one foot at a country farm in the south of Sweden. She had her other foot in Asia, where her parents worked for several periods of time during her childhood. She has mainly worked as a songwriter in the EDM-stage, co-writing and performing with acts like Martin Garrix (Virus), Shermanology (Stranger) and Ferry Corsten (Many ways). Realising that it wasn’t just songs that made sense to herself, but the fact that people actually listened when she started singing re-inspired her. After spending a month in the USA, being the opening act for a Swedish folksinger, singer and songwriter Jenny Wahlström plucked up the courage to put the songs down on paper and record the songs she didn’t think she’d ever share with the rest of the world. A Treehouse Wait was born. The music is mostly inspired by the things one is so familiar with, but mostly would not talk about. Like empty city streets during
Post a Comment
Read more 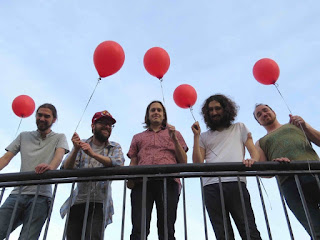 The Big Bend - Celebrate. Background promo - “Celebrate” is the title track to The Big Bend’s new album that the always-reliable label Misra Records (Phosphorescent, Melaena Cadiz, Destroyer, etc) is putting out on July 22nd. Celebrate is the band's fourth release and has all the hallmarks of a career milestone, calling to mind early-‘70s Neil Young in its songwriting, with vocals reminiscent of The Mountain Goats’ John Darnielle. The Big Bend is led by Chet Vincent, who's been kicking around Pittsburgh playing in bands since he was a teenager. A regular fixture of the city’s quietly thriving music scene, he's established a reputation as one of the city’s most dedicated figures. Celebrate shows the band’s dynamic range - from the first discordant, psychedelic notes of album opener “The Spins,” through the closing bars of the stripped-down, folky “Su La Ley.” In between, Vincent’s vocals show range stylistically, from shouts on the rowdier tunes, to lilting crooning rem
Post a Comment
Read more
More posts