Its time for a break. How long? Not Sure. It's just time to put our feet up, relax and stop checking our inbox!    In the meantime have some splendid music from Pomplamoose who have released these fine songs and videos in recent times.
1 comment
Read more 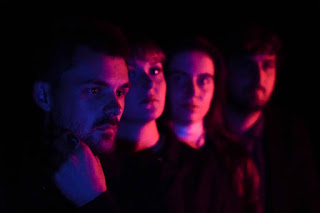 Rob Kovaks first appeared here just a month ago and left a fine impression with his song 'Here in the Future' . He has followed that up with 'Fizzle' and it's another refined song that showcases both his excellent piano skills and vocals and reinforces Rob's high quality song writing ability. ===== Dr Schwamp has a new album entitled 'Tunes, Tall Tales & Tinctures' from which we have 'Dr Schwamp's Brand New Cure-All Tonic'. Despite the clear overtones of Dr John, this is a thoroughly good eleven track album, with plenty of originality throughout.   =================================================== Rob Kovaks - Fizzle. With the release of the new single, “Fizzle,” indie-rock singer-songwriter and pianist Rob Kovacs has announced his debut solo album, Let Go, to be released February 18, 2021. Named “Best Pianist/Keyboardist” by the Cleveland Free Times, Kovacs has been widely hailed for his shape-shifting musical experimentalism, spanni
Post a Comment
Read more
More posts