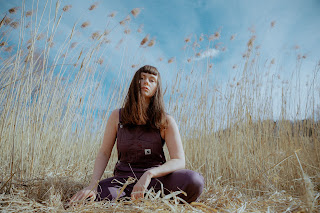 Acclaimed Norwegian singer-songwriter Siv Jakobsen announces her third album 'Gardening' will be released on 20th January 2023 via The Nordic Mellow and shares new single "Romain's Place". The new single follows recently shared tracks "Birthday" and "Most Of The Time" - all of which are set to feature on new album 'Gardening'.

Throughout her career, Siv Jakobsen has lived much of her life on the road, in that time supporting and touring with acts including Benjamin Francis Leftwich, Damien Jurado, José González, The Lumineers and Susanne Sundfør. New single "Romain's Place" was written in the midst of one such tour, inadvertently re-opening a door she'd previously thought firmly closed.

A starkly beautiful examination of a previous relationship haunting one's subconscious, Jakobsen's precise and affecting lyrics ("For every time you screamed my way / I’ve kept a bruise / All down along my spine") are sung with a delicacy she's now renowned for, atop a lush backdrop harps, trumpets, soaring string arrangements and Jakobsen's intricate finger picked guitar work.

Speaking more on the lyrical inspiration behind "Romain's Place", Jakobsen said: "Right before the pandemic hit, I was on a small tour and found myself back in a city I used to call home. I hadn’t been back since I left it (and the relationship I had there) behind a good few years ago. I felt quite shocked with how my body and mind reacted to being back, and realised quickly that I had some emotional unpacking to do. I was staying with my friend Romain at the time, and for me my time in his apartment encapsulates this realisation and the start of me dealing with these ghosts from my past that had laid dormant for a while. I was so overwhelmed at the time that it felt as if I was going crazy. I really did feel haunted, as if I had jumped into a time-machine and was somehow back in the past." 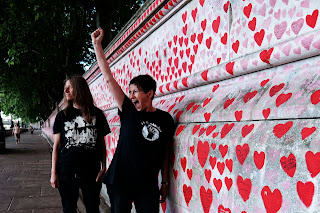 Deux Furieuses - All We Need Is Sanctuary.

Refusing to compromise on their stirring brand of articulate post punk that tackles issues of injustice with an unflinching attitude and meticulous musicianship, “All We Need Is Sanctuary” is an arms open wide plea for a world whose occupants are all too ready to watch it burn.

As poised as it is punchy, the track pits ringing guitars against big drums with shimmering percussion and imploring vocals as the song contrasts the insanity of city existence during the pandemic lockdown with the sanity of a life in nature. Deux Furieuses explain: “‘All We Need Is Sanctuary’ is our SOS from this scorched Planet Earth. It describes a journey from the pandemic pressure of an overcrowded city to an old world of trees, springs, paths and stars. An SOS from scrambled minds in search of the sanity of sanctuary, as the sanctuary itself is under threat of extinction.”

‘All We Need Is Sanctuary’ follows ‘Know The Score’ and ‘Bring Down The Government’ as strident samplers of what to expect from Deux Furieuses third full-length LP, 'Songs From Planet Earth'. Landing on 11 November, the album is the band’s second with Xtra Mile Recordings and was written over the course of the last two turbulent years. 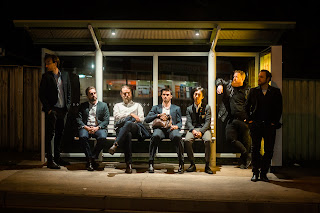 Did you know that tomorrow is your day off? Even if it's not, that feeling you just experienced, that fleeting moment of sweet relief - that's what this new song ‘Weekend’s Coming’ is all about. This beautiful slow-burner from Brisbane/Meanjin brass-led octet The Steele Syndicate is out now.

The title track from their upcoming album –and the second song to be released after the brilliantly infectious and cheeky 'One Beer (Is Never Enough)'– has the groovy funk-rockers continuing to impress with 'Weekend's Coming'.

Taking us on a more heartfelt journey than ever before, 'Weekend's Coming' is more 'swoon' than high-energy tune. And it's a beauty. Embellished with their signature horn-led magic, the song erupts in cathartic release with blissful harmonies and a singalong outro that feels as uplifting and majestic as a band that is half-brass instruments should.

A sincere and emotive indie-rock number that builds from the mood of a melancholic Monday up to an anthemic cry, it's a desperate plea for the weekend and everything it represents. Steele McMahon elaborates:

"The tune is a cathartic release from the day-to-day grind, and taps into the shared human experience of hard work for something important. Even in the hardest of times, what gets us through is knowing what we're fighting for. And the weekend is always just around the corner." 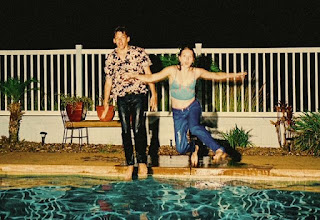 Chewing through a gauzy blend of 90s-tinted driving guitars, ethereal vocals and glimmering melodies, “Surprise” arrives as another glimpse into Laveda’s awaited second LP ‘A Place You Grew Up In’, due early next year.

Bringing to mind the likes of Alvvays, Soccer Mommy, Big Thief or My Bloody Valentine, the track is a  hazy slice of feel-good dream-pop with a bitter sting in its tail. “Surprise” is gauzy and glittering with sun-drenched rhythms — but its lyrics take a darker turn.

Jake Brooks explains: “The lyrics are meant to juxtapose the happy sunshine feeling throughout the song. “Surprise” is about dealing with loneliness and loss in this modern age. The overall sound represents how bright and happy we present ourselves on social media. But in reality, everyone’s depressed and stressed over the rapidly devolving state of society.”

With murky, despondent lyricism at odds with its upbeat aura, the track taps into the listlessness and loneliness that comes along with young adulthood. Vocalist Ali Genevich adds: “”Sonically, “Surprise” is the bright song on the new record. Lyrically it embodies a lot of my personal feelings that came after I graduated from college in the same year the pandemic hit. I couldn’t help but feel low for a while, and once I came out of my writer’s block everything I wrote had this big sad mood.”

Following on from earlier single “bb”, the track arrives as another gleaming glimpse into the band’s awaited second LP. With much of the record tracking completed in the summer of 2021 while staying on a ranch just outside of Los Angeles, Genevich says: “I think recording the album was a very therapeutic process, and it helped us find some new meaning in a lot of the songs. It definitely did for “Surprise”.”